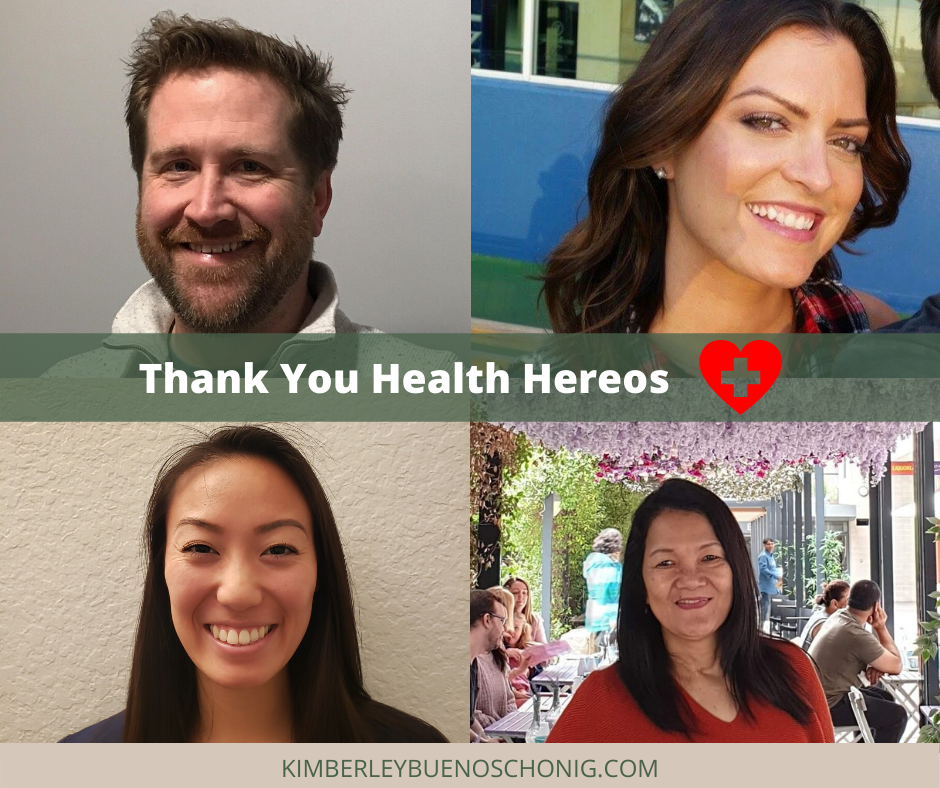 We all may know someone or know a friend of a friend who is on the front lines helping our communities. If you’re like me, you may have family throughout the US that are working the front lines. I wanted to create a series thanking health heroes across the US.

Even though I’m based in NYC Metro Area, I personally have friends and family across the world helping others who have been heavily affected by COVID-19. If you are or know someone that is an essential worker on the front lines anywhere in the world and would like to see them featured in this series, please email me at kimberleybuenoschonig@gmail.com

Join me in thanking our health heroes. They sacrifice every day and there is never enough ways to show our thanks.

Jarrod M. Kucharski, M.D. is a Board-Certified Pediatrician licensed to practice in the State of New Jersey.  Dr. Kucharski received his Bachelor of Arts in Molecular Biology from Washington and Jefferson College in 2000.  After receiving his degree, he spent a year doing bench research on artificial corneas at the Pittsburg Eye and Ear Institute.  In 2001, Dr. Kucharski was accepted to medical school and subsequently received his Medical Doctorate from Drexel University in 2006.  Dr. Kucharski completed his internship and residency at Morristown Medical Center in general pediatrics. During his residency, he completed a rotation at UMDNJ where he assisted in caring for pediatric patients at risk for HIV transmission.  From 2009 until 2017, Dr. Kucharski practiced with Totowa Pediatrics where, in addition to practicing in a clinical setting, he served as a pediatric hospitalist at St. Clare’s Hospital in Denville, NJ. In this role, Dr. Kucharski was charged with working 24 hours in house where he attended to various departments including consults with the emergency room, all high-risk and caesarean section deliveries as well as managing the pediatric and nursery departments.  Since 2017, Dr. Kucharski has practiced in Hoboken at Riverside Medical Group where he was named a New Jersey Favorite Kid Doctor in 2019 by New Jersey Family Magazine. Dr. Kucharski also served on the Hudson County CASA board of directors. Since 2008, Dr. Kucharski has resided with his wife and three fur babies in Hoboken, NJ.

Christine has been practicing emergence medicine as a physician assistant for almost 10 years.  She is currently working at Christ Hospital in Jersey City, NJ.  Christine grew up in Monroe Township, NJ and has a twin sister. She currently resides in Hoboken, NJ with her boyfriend and has the most adorable Nova Scotia Duck Toller, Sawyer.

Brittany attended California State University Long Beach and graduated in May 2018, where she received her Bachelor’s degree of Science in Nursing (BSN). She is now proud to work as a Registered Nurse at MemorialCare Long Beach Medical Center in the Intensive Care Unit.

Elizabeth Cabia 61 years old a resident citizen here in Sydney Australia. She is a nurse in the Philippines and pursued a nursing career in Australia as a staff in Hardi aged Care in Blactown city. She has been a health worker here for 3 years and my main task is taking care of the old. As a health worker during this challenging time, she mentioned she has been tasked to continue making sure that local elders are always healthy while others stay at home. During her free time she cooks Filipino food, maintains her garden and spend time doing video calls with her family in the Philippines.